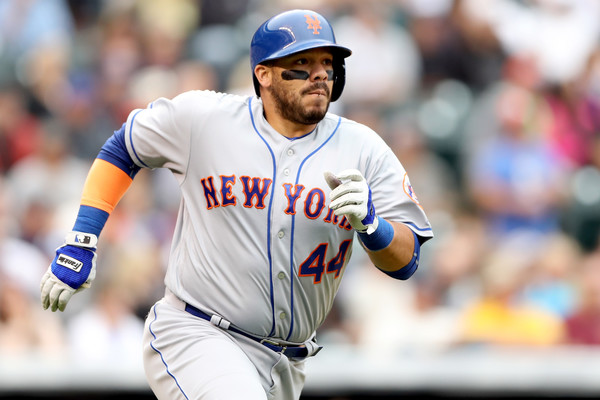 Cubs pick up catcher Rene Rivera off waivers from Mets

The Cubs search for help behind the plate continues with the team claiming Rene Rivera off waivers from the Mets.

Rivera figures to get some playing time while Wilson Contreras is sidelined. The veteran does not offer a lot with the bat hitting .230/.278/.391 with eight home runs on the season but he does give the team a body.

Expect Alex Avila to get the bulk of the playing time at catcher for the Cubs going forward. Avila is hitting .266 with 14 home runs and 40 RBI on the season splitting time between the Tigers and the Cubs.

To make room from Rivera the Cubs designated right hander Aaron Brooks for assignment. Brooks had struggled at the Triple-A level to the tune of a 6.20 ERA and a 1.51 WHIP in 138 innings of work.

The Mets also made a trade with the Dodgers which sent outfielder Curtis Granderson to Los Angeles.