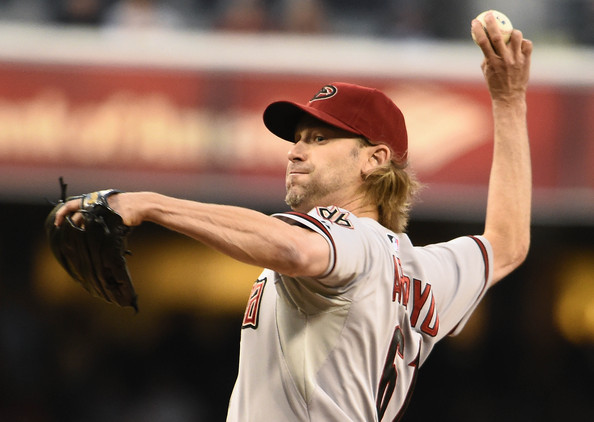 The Nationals have joined the Reds in showing interest in free agent right hander Bronson Arroyo.

Arroyo spent time with three different organizations last season despite missing the entire season after shoulder surgery. Previously it was reported that the Reds had interest in the 38-year-old and now apparently so too do the Nationals.

Sources: #Nationals showing interest in free-agent RHP Bronson Arroyo along with #Reds. Possible reunion for Arroyo in WAS with Dusty Baker.

It is worth nothing that Dusty Baker was hired to manage the Nationals and he previously managed the Reds during Arroyo’s time there.

Whomever signs Arroyo will be doing so with a non-guaranteed contract which will likely be incentive based.