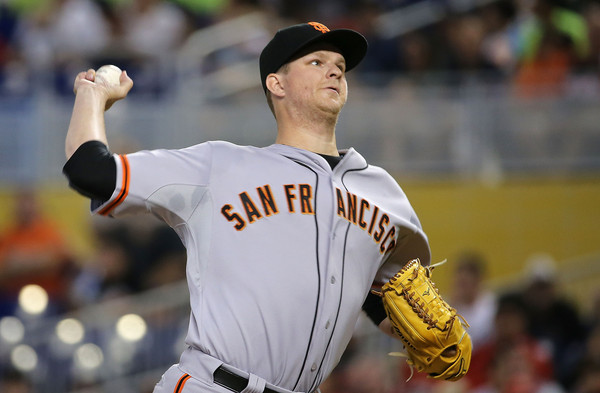 HomeNewsMain Cain is years removed from being Giants ace, simply needs to...
News

Matt Cain returned to the mound today taking a loss after allowing five runs in five innings of work against the Miami Marlins who ironically were also seeing the return of starting pitcher Jose Fernandez.

The Giants are not expecting Cain to be an ace anymore spouted the analysts following Thursday’s start. Yet, I’m left stumped as it seems it has been years since Cain has been a true ace.

In the simplest of terms, the Giants won the 2014 World Series WITHOUT Cain making a single post season pitch. So much for this ace talk.

The statement is true: The Giants do not need Cain to be an ace but assuming he has been an ace for the past two seasons is also a misstatement. And the most obvious question of the day, does anyone consider Matt Cain an ace with Madison Bumgarner on the Giants staff?

Cain simply needs to fill out a Giants rotation and not embarrass himself as the second half of the season begins.