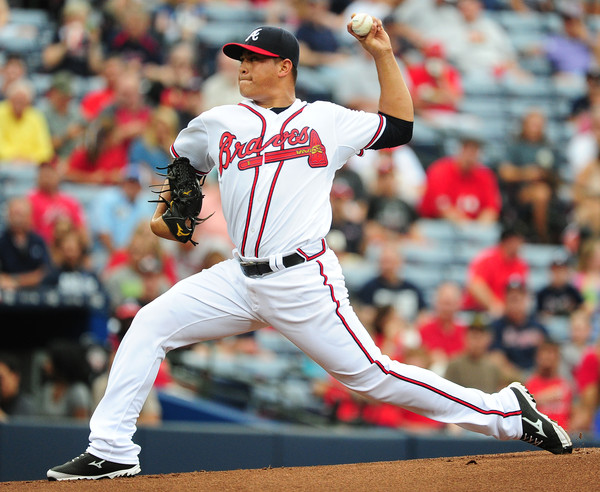 The legend of Max Scherzer has seemed to grown with each start. On Thursday the Atlanta Braves beat the right hander on a walk-off single by Cameron Maybin.

Scherzer went 8 1/3 innings striking out nine while allowing two runs on five hits – two of which came in the ninth inning.

Pedro Ciriaco began the bottom of the ninth inning with an infield single before Jace Pederson bunted him over to second. The game ended when Maybin singled to left on the fourth pitch of his at-bat.

The Braves first run of the night came in the bottom of the fifth when Andrelton Simmons singled home Juan Uribe.

Braves rookie Manny Banuelos had a strong major league debut before leaving due to cramps from dehydration. Banuelos went 5 2/3 innings striking out seven while allowing just two hits. He is expected to be ready to pitch in his next scheduled start on Tuesday.