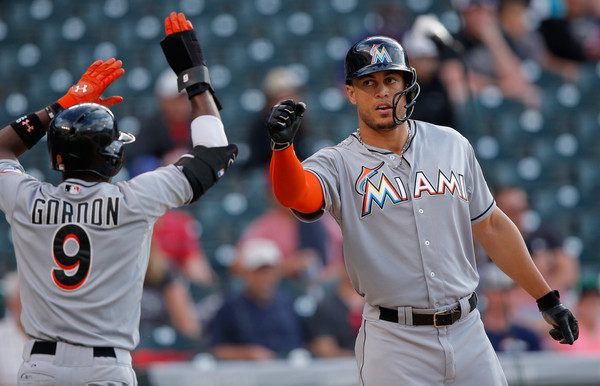 So much for seeing Giancarlo Stanton hit in the home run derby. The major league leader with 27 home runs will miss the next 4-6 weeks with a broken bone in his hand.

Stanton broke a bone in his left hand during the sixth inning of the Miami Marlins loss to the Los Angeles Dodgers on Friday. He stayed in the game and str336uck out in the ninth inning.

“My bat dug into my hand a little bit,” Stanton told reporters after the game, via ESPN.com. “It didn’t feel the greatest. Just get checked out and then know for sure what’s going on.”