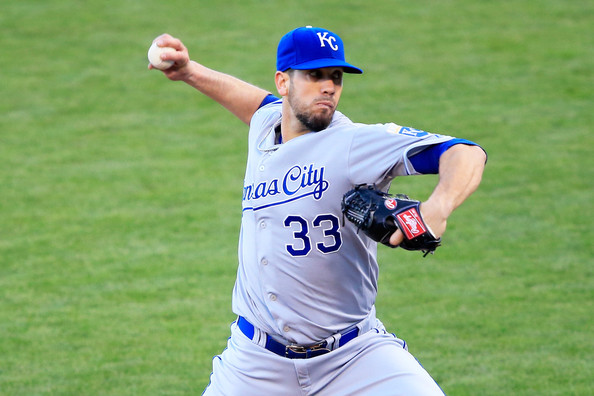 An All-Star in 2013, Travis Wood could be traded by the Cubs if they sign free agent pitcher James Shields.

Despite a strong 2014 season, Shields remains a free agent. The 33-year-old entered the offseason with lofty contract hopes but has found a cold market as February has come and he still remains unsigned.

Before a post season meltdown, Shields made 34 starts for the Royals posting a 3.21 ERA and a 1.18 WHIP.

Yesterday it was reported by multiple sources that the Royals and Diamondbacks were no longer interested in signing Shields to a contract. Where he lands up is still in question but the Cubs are one team who are showing interest in him.

I expect Cubs to have deal done for Welington Castillo and possibly Travis Wood before they head to AZ. Phillies + a few others interested.

Another name that Kaplan says could be moved in Welington Castillo. The Cubs probably would get less back for Castillo who is seen as a asset in the field that can do little with the bat.