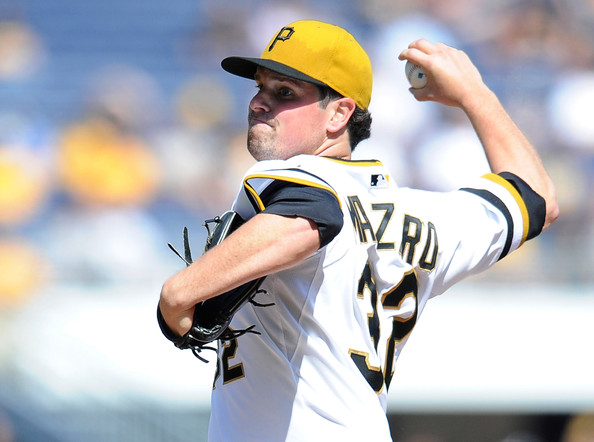 The Marlins have added another arm to their organization signing right hander Vin Mazzaro to a minor league contract. Mazzaro will also receive an invitation to spring training.

Mazzaro appeared in five games at the big league level pitching 10 1/3 innings finishing with a 3.48 ERA and a 1.26 WHIP. Only one year removed from a fine 2013 season in which he had a 2.81 ERA and 1.21 WHIP in 73 2/3 innings for the Pirates the Mazzaro stands a good chance of cracking an increasingly thick Marlins roster.

Years ago Jair Jurrjens was an unassuming front of the rotation starter for the Braves. Fast forward to 2015 and he is a minor leaguer with the Rockies again.

The Rockies re-signed Jurrjens to a minor league deal and will invite him to spring training where he will be allowed to compete for a rotation spot.

Jurrjens is still just 28-years-old but  knee injuries have wrecked his career. Jurrjens has appeared in just 15 games since the end of the 2011 season posting a 7.20 ERA and a 1.89 WHIP.

At the Triple-A level split between the Reds and Rockies organizations he struggled while starting 14 games but going 2-8 with a 4.54 ERA and a 1.51 WHIP.

Given there is no real financial commitment here the Rockies have nothing to lose by throwing Jurrjens a bone here but expecting him to suddenly return to the All-Star level he showed in 2011 is probably asking for too much. If he fails to win a rotation spot the Rockies will likely keep him around as organizational depth.

Much like the aforementioned Mazzaro, Jurrjens does not throw hard enough to get scouts/organizational members excited but could find a bit role and be useful.