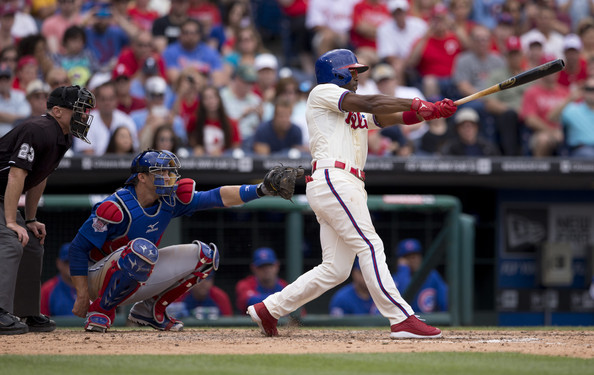 HomeNewsJimmy Rollins willing to accept trade to Dodgers, teams in on Sergio...
News

Jimmy Rollins willing to accept trade to Dodgers, teams in on Sergio Romo

The Phillies have made shortstop Jimmy Rollins available via trade but the 36-year-old has 10-and-5 rights limiting his market of suitors.

While Rollins will not accept a trade to the Mets or Athletics he is said to be willing to go to the Dodgers reports CBS Sports’ Jon Heyman.

In late November the Yankees are said to have offered only a utility player for Rollins while the Phillies hold out hope for a legitimate prospect. He is coming off a season in which he hit just .243/.323/.394 with 17 home runs and 78 runs scored.

Sergio Romo's market is starting to heat up. #Dodgers, #yankees and #redsox all have interest.

Romo lost his grip on the Giants closers role last season but the team would still like to bring him back. The Dodgers, Yankees and Red Sox are also showing interest in the right hander who is looking for a multi-year deal.

Given the deals handed out to Miller and Robertson there should be no problem with Romo landing a multi-year deal.