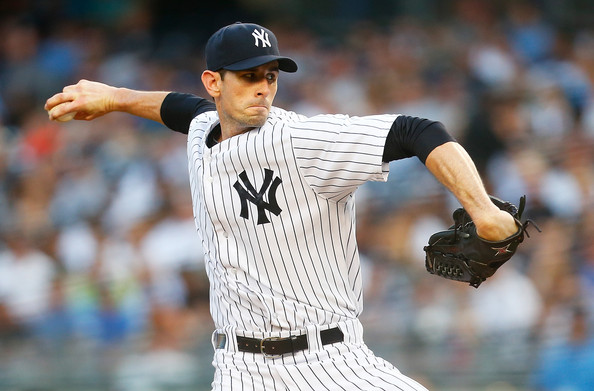 The Dodgers and right handed pitcher Brandon McCarthy are closing in on a four-year deal reports Fox Sports’ Ken Rosenthal.

With Dan Haren dealt to the Marlins earlier in the day the Dodgers are wasting no time in filling his rotation spot.

McCarthy has always had flashes of being a front line starter but has constantly dealt with injuries and inconsistent stretches during his big league career. A mid-season trade to the Yankees in 2014 produced a nice 2.89 ERA and 82/13 K/BB ratio over 90 innings.

The Yankees previously had expressed interest in retaining McCarthy. His 32 starts from last season were the most of his career besting his previous high of 25 in 2011. He owns a career 52-65 record, 4.10 ERA and a 1.29 WHIP.

Whether or not singing McCarthy prevents the Dodgers from going after James Shields, Max Scherzer or others remains to be seen.