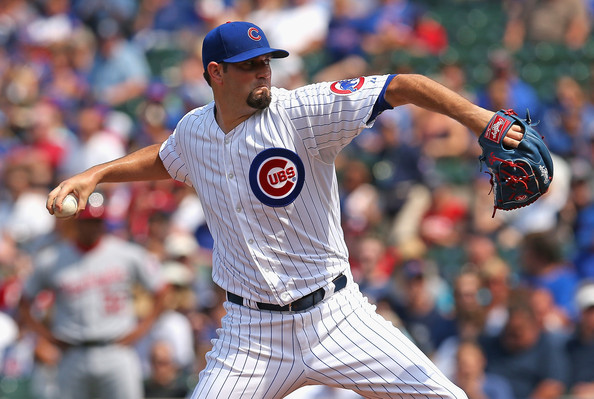 Jason Hammel to return to Cubs

The Cubs will bring back pitcher Jason Hammel on a two year deal.

Signed to a one-year deal worth $6 million last season the right hander played well for the Cubs before being sent to the Athletics in a trade that included Jeff Samardzija.

Can confirm reports that Jason Hammel is returning to #Cubs

Hammel’s deal is done according to Ken Rosenthal with a value being pegged at $18 million over two years with a club option for the 2017 season.

The 32-year-old finished last year with a 3.47 ERA and a 1.12 WHIP across 176 1/3 innings of work. He could be quite a bargain for the Cubs given the asking prices of the other pitchers still on the market.