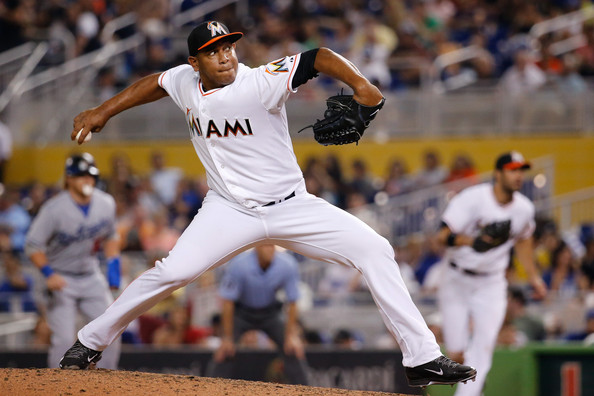 The Miami Marlins have seen enough of Carlos Marmol and on Sunday designated the relief pitcher for assignment.

Marmol was signed in the offseason by the Marlins and got off to a solid start this season before imploding of late. In his last 3 1/3 innings of work he has allowed eight runs with the final straw coming on Saturday when he allowed four runs in an inning of work against San Diego.

The Marlins signed Marmol to a $1.25 million deal over the winter. Overall Marmol appeared in 15 games this season but produced a 8.10 ERA and a 1.95 WHIP