Tim Lincecum will not re-sign prior to free agency 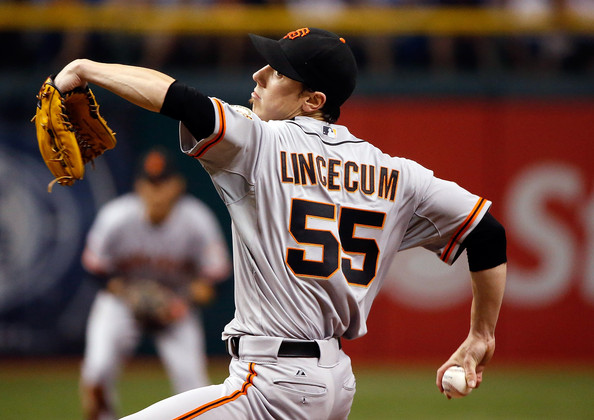 If Tim Lincecum re-signs with the San Francisco Giants it is unlikely to happen prior to the start of free agency.

The Giants have made attempts to re-sign the former NL Cy Young Award winner but those attempts have been pushed back by Lincecum’s camp because the right hander wants to test the open market reports CSN Bay Area.

Reports in the past have linked Lincecum to his hometown Seattle Mariners.

Lincecum can become a free agent five days after the World Series ends. The Giants are expected to give him a qualifying offer (expected to be $14 million) which will net them draft picks should he sign elsewhere.

Thus far its too early to make any predictions about where Lincecum will pitch in 2014.