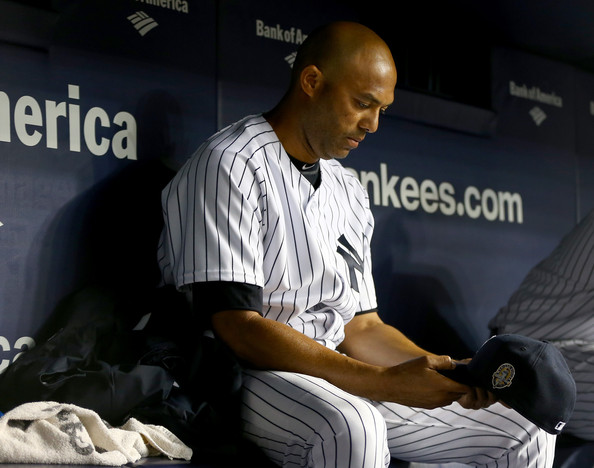 Mariano Rivera may get a chance to play center field this weekend. Rivera, already baseball’s All-Time saves leader, could appear as an outfielder when the Yankees go to Houston.

“I don’t know how I would do it,”Yankees manager Joe Girardi said prior to Thursday game, via MLB.com. “It’s something I would have to talk to him about. In my mind, thinking that he’s going to want to pitch, it’s a situation where I might bring him in in the eighth to play the outfield, and then have him close it out in the ninth, if we have that opportunity.”

Rivera, 43, is in his 19th and final major league season. He has never appeared at any position other then pitcher.

In Thursday’s loss to Tampa Bay, Rivera recorded four outs before Derek Jeter and Andy Pettitte went to the mound to pull him from the game. Jeter simply told Rivera “time to go” and the closer buried his head into Pettitte.

“They both came to get me out, and I was thankful they came out,” said Rivera. “I needed them there, and they were there.”