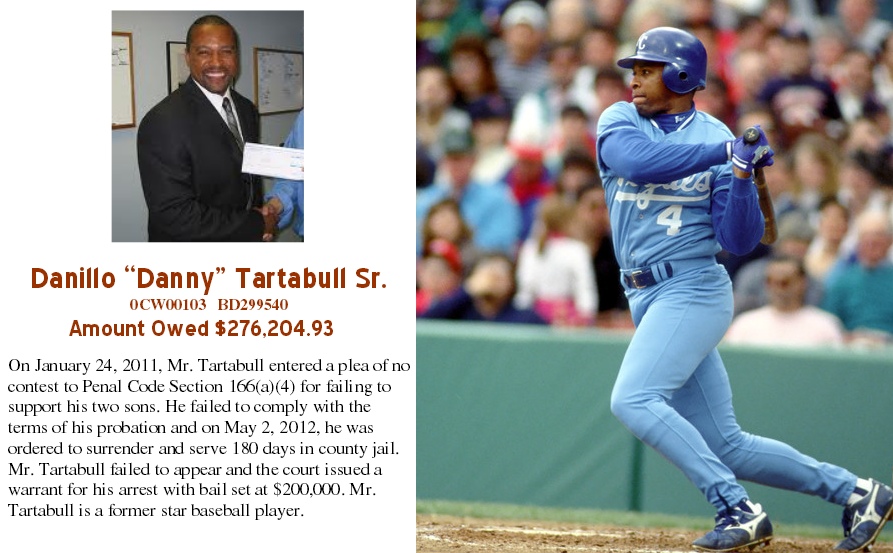 Danny Tartabull hit 262 career home runs but it is his status as deadbeat dad that has the internet buzzing.
According to Child Support Services in Los Angeles County, the former Major has failed to pay more than $275,000 in child support and now has a warrant out for his arrest.

Tartabull was sentenced to 180-days in jail after failing to pay child support for two sons, Zach and Quinten, in 2011. He never served his prison sentence and now LA County has added him to their “most wanted” deadbeat dads list.

The 1991 AL All-Star is even featured on a wanted poster.

The poster reads: “On January 24, 2011, Mr. Tartabull entered a plea of no contest to Penal Code Section 166(a)(4) for failing to support his two sons. He failed to comply with the terms of his probation and on May 2, 2012, he was ordered to surrender and serve 180 days in county jail. Mr. Tartabull failed to appear and the court issued a warrant for his arrest with bail set at $200,000. Mr. Tartabull is a former star baseball player.”