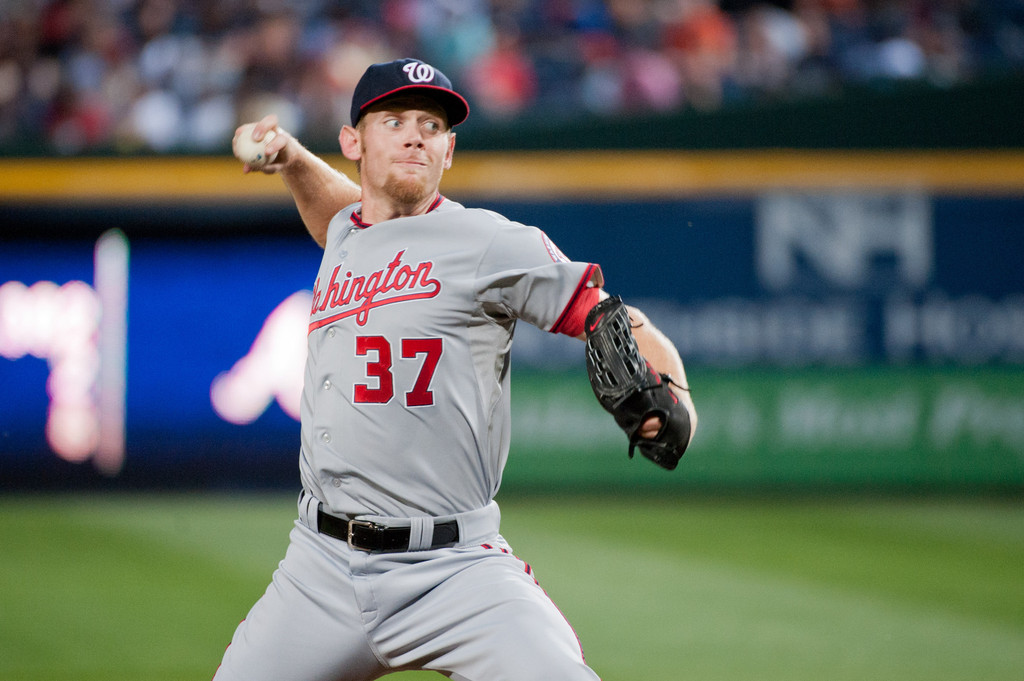 Washington Nationals pitcher Stephen Strasburg has a Grade 1 lat strain according to a team trainer Lee Kuntz. Previously it was reported that Strasburg had a strained oblique.

The Nationals have classified Strasburg’s strain as a Grade 1 which bodes well for his chances to pitch next Saturday. Washington could choose to place him on the 15-day disabled list if Strasburg is unable to pitch against the Twins.

On the season Strasburg has a 2.54 ERA and a 1.06 WHIP. In Strasburg’s four starts before Friday night the Nationals right hander had compiled a 0.96 ERA and a 0.93 WHIP.