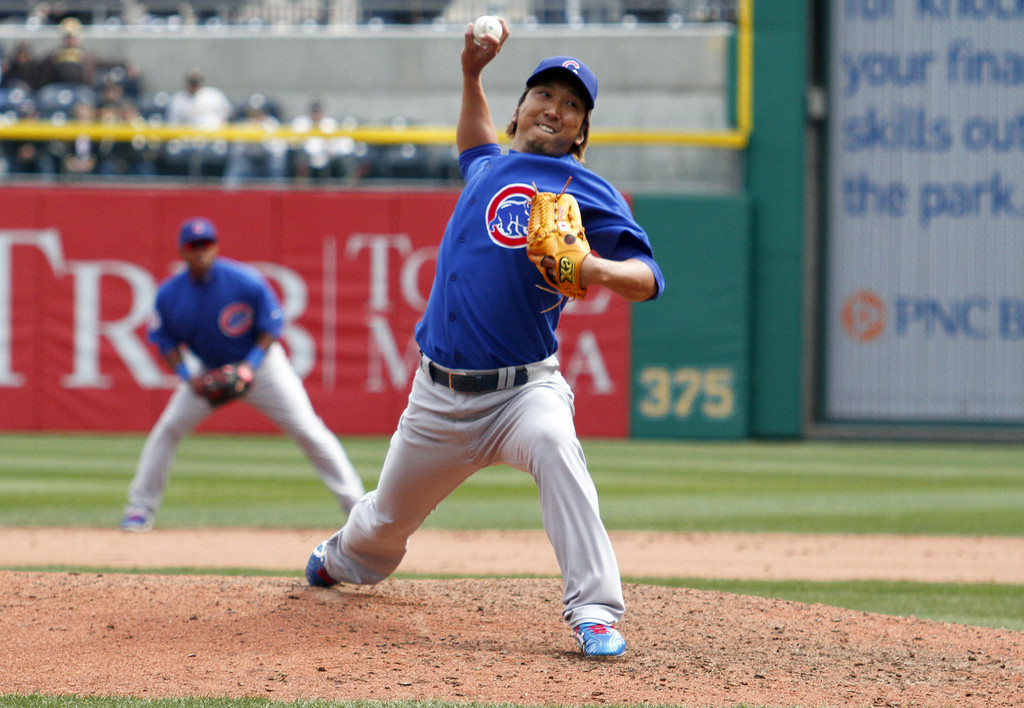 Following Saturday’s meltdown the Chicago Cubs have removed Carlos Marmol from the closers role. Marmol blew a save after allowing two solo home runs in the inning.

Marmol will be replaced by 32-year-old Kyuji Fujikawa according to Chicago Tribune writer Paul Sullivan.

Entering the eighth inning the Cubs held a 5-1 lead over the Braves. Fujikawa pitched the eighth inning for the Cubs but walked a batter and gave up four hits allowing the Braves to cut the lead to one. An inning later Marmol allowed solo home runs to B.J. and Justin Upton.

Marmol struggled in each of his three outings this season. In 1 2/3 innings Marmol had allowed five earned runs.