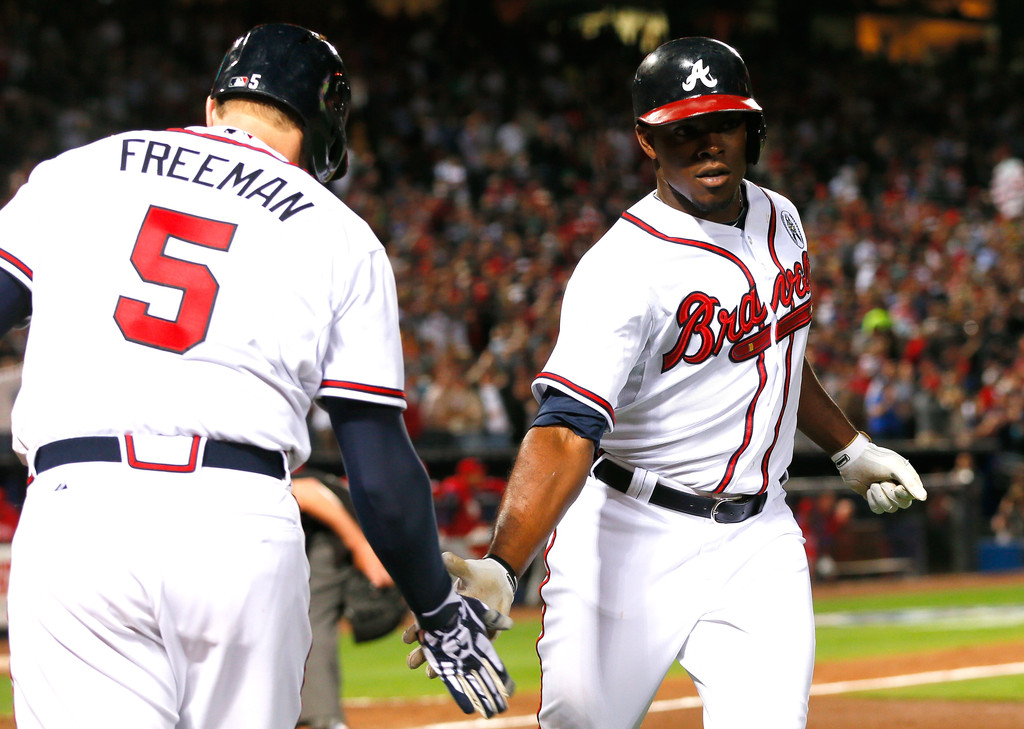 The Atlanta Braves used a barrage of home runs to defeat the Philadelphia Phillies on Monday night. Freddie Freeman, Dan Uggla and Justin Upton all hit home runs in the Braves 7-5 win.

A full crowd filed into Turner Field for Opening Day and the Braves did not disappoint.

Freeman hita two-run home run off Hamels in the first inning, and Uggla hit a ball over the left-field wall an inning later. In the fifth inning it was Upton who left the yard with his first home run as a member of the Braves.

The Braves needed the home runs as Tim Hudson labored though four plus innings. Hudson allowed three runs in 4 1/3 innings of work. Philadelphia would add two runs off the Braves bullpen later in the game.

In the ninth inning Craig Kimbrel notched his first save of the year while striking out one.