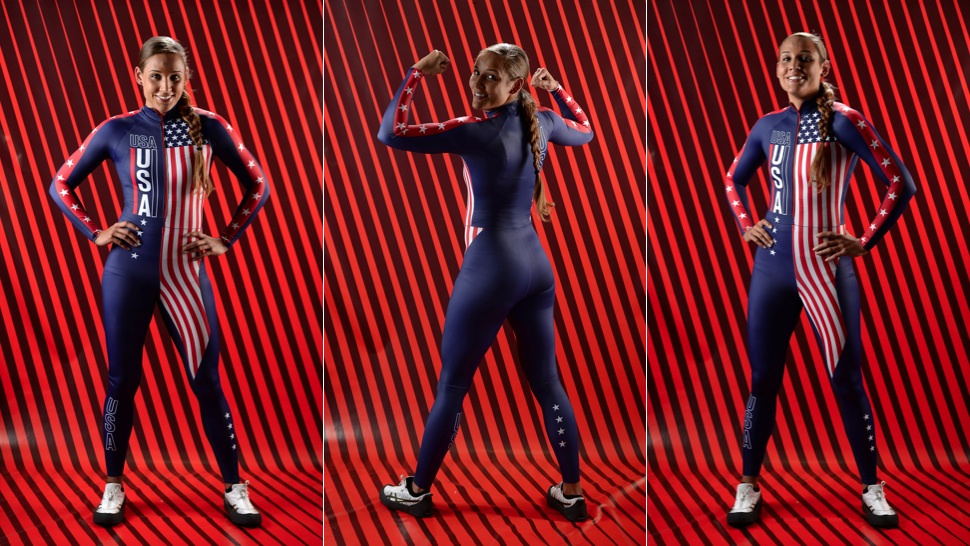 You read the title correctly. Lolo Jones has competed in both the summer and winter Olympics.

Her most recent endeavor was as a member of the US Women’s Bobsled team, something that allowed the track athlete to gain what she called a “nice bobsled butt.”

Of course since that time the extra weight, and butt, have come off the 31-year-old.

“It was really tough just because I thought I’d be able to lose all the weight and I didn’t, you know, so I’m still about seven, eight pounds overweight,” said Jones following Wednesday’s ESPY awards in Los Angeles. “At first I had that nice bobsled butt that I worked so hard to get, and I was like, ‘Yes, this is going to stay, and then like, all this other stuff is going to go.’ And it was like, the butt was the first thing to go, and I was like, ‘Nooooo!’ That was the one thing I wanted to stay.”