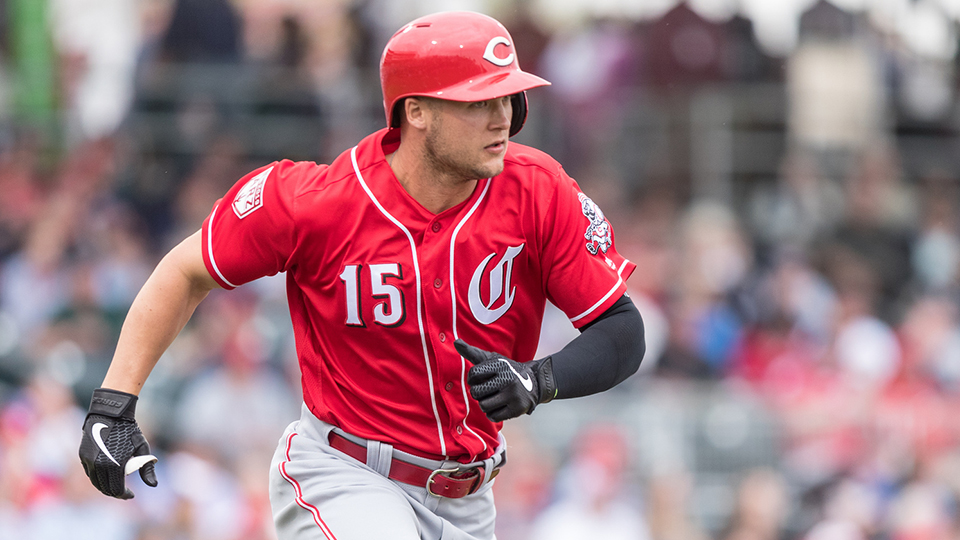 With all of the acquisitions in the outfield, Nick Senzel’s future with the Reds is looking cloudy.

A top prospect, Senzel appeared in 104 games for the Reds this past season hitting .256 with 12 home runs and 42 RBI. At just 24 years of age Senzel would have as much trade value as anyone on the Reds roster.

The Reds have gone all in for 2020 adding Nicholas Castellanos and Shogo Akiyama to their outfield while also signing pitcher Wade Miley and second baseman Mike Moustakas.

Adding Castellanos and Akiyama to an outfield which already had capable bats in Jessie Winkler (.269/.357/.473 last year) and Aristides Aquino (.259/.316/.576) is going to leave Senzel searching for playing time. Despite this, Dick Williams told the Cincinnati Enquirer he did not expect the team to trade Senzel.

Not only is Williams expecting Senzel to remain with the team but he expects him to be with the big league club come opening day.

“I do. Yeah, I do,” Reds president of baseball operations Dick Williams told The Enquirer. “I like what he brings to our club. He’s one of our own. He’s an impact, young offensive player. They don’t come along very often. The flexibility he brings to the club, attitude he brings. At this point, we see him as very much a part of a winning, championship team here.”