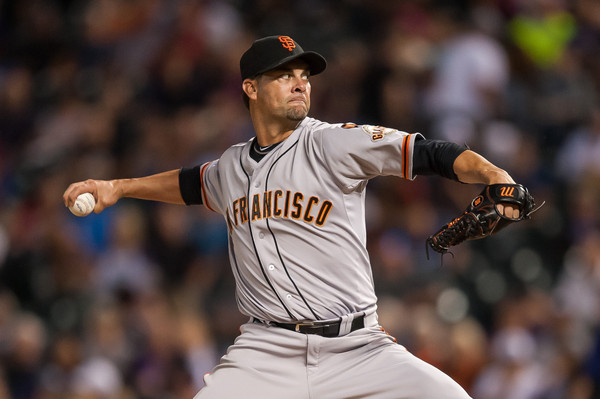 The Pittsburgh Pirates signed right hander Ryan Vogelsong to a one-year deal on Friday worth $2 million guaranteed. Another $3 million can be earned by Vogelsong via incentives but if the Pirates really believe this is the answer to the back end of their rotation they are mistaken.

Vogelsong enters the season at 38 years of age and is coming off a poor season in which he posted a 4.67 ERA and 1.47 WHIP across 135 innings for the San Francisco Giants.

Pat Searage will be tasked with trying to get anything out of Vogelsong’s arm as he enters as the teams fifth starter behind Gerrit Cole, Francisco Liriano, Jeff Locke and Jon Niese.

Outside of a two year run from 2011 and 2012, Vogelsong has offered little value to major league clubs in his career. Since that point he’s just 21-30 with a 4.63 ERA. Expecting a picture to just suddenly recapture that form at the age of 38 is asking simply too much regardless of who the pitching coach is.