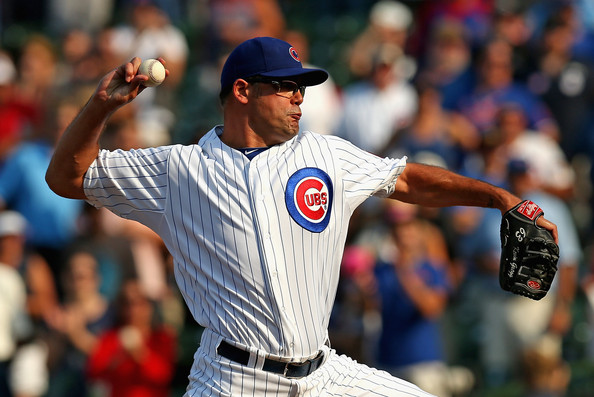 Following Friday’s loss to the Atlanta Braves, Kevin Gregg voiced his displeasure with being taken out of the closer’s role full-time for the Chicago Cubs.

So what did Gregg say that was so bad?

“I expected to be treated a little bit better than this,” said Gregg, via CBS’s Eye on Baseball, after taking the loss on Friday.

The Cubs are planning to give Pedro Stroup a few looks at the end of games.

“I told him how disappointed I was with him given the way we treated him this year — binging him back after the first stint didn’t go well,” said Epstein. “He ran to the media. That was his decision. I told him, as a man, I didn’t respect that … After a couple minutes he understood that he was wrong and apologized profusely.”

Gregg gave up four runs and took a loss in Friday’s game after coming into a tied game against the Braves in the ninth inning.

Later in the evening Gregg ventured to the press box to drop another apology.

Gregg: “In a conversation I had with Dale unfortunately I didn’t understand what he was saying. It kind of got under my skin"

Ironically, Gregg was credited with his 50th game finished which earned him a $500,000 bonus. Gregg is said to have apologized to Theo Epstein after the incident.