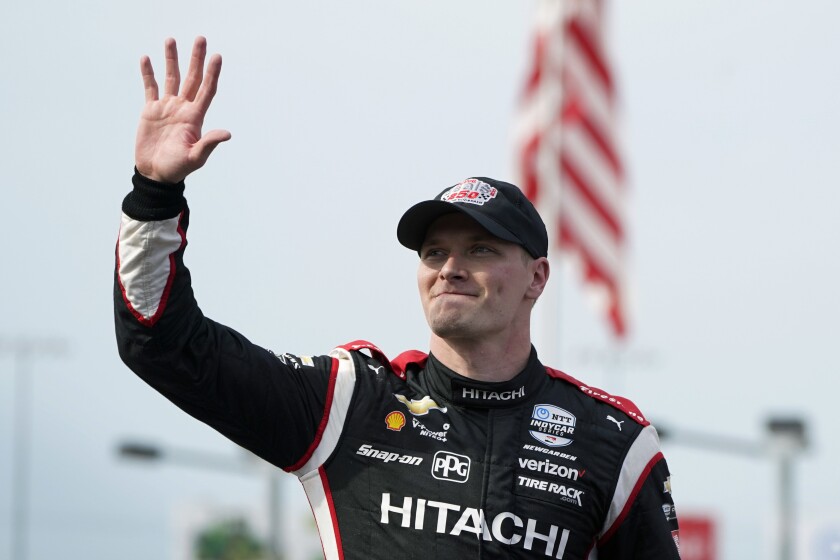 Josef Newgarden won Saturday’s IndyCar race at Iowa Speedway and his No. 2 car in position to sweep the weekend when he went around while leading on lap 231.

Newgarden waws able to get out of his wrecked racecar and was checked and released from the infield car center. After the race in the motorhome lot the driver fell.

“We just want to send him downtown just for further evaluation because we don’t have the ability to get more advanced imaging or radiographs,” Dr. Billows told reporters in the Iowa Speedway infield care center. “But he’s awake and talking to us.”

Team Penske released a statement though their social media accounts. 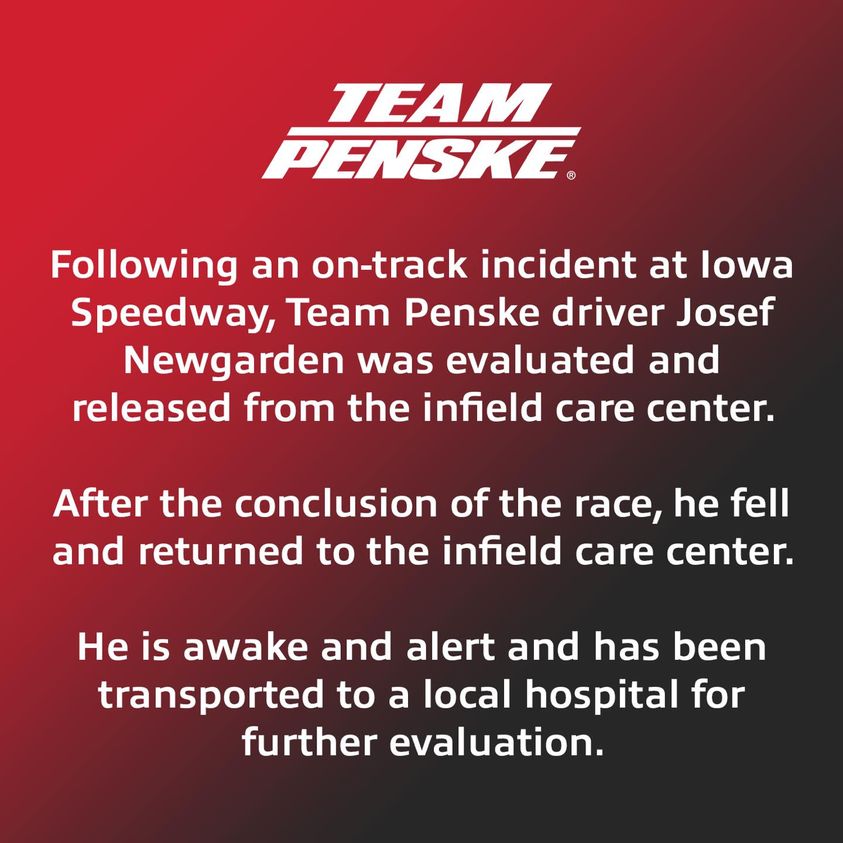 Billows said that Newgarden was airlifted because of the distance to Des Moises being a 45 minute drive.

Newgarden spent 30 minutes in the infield care center following the fall before being loaded into the helicopter on a stretcher.

After dominating all day long, Josef Newgarden is OUT of the race.

Take a look at what happened to Saturday’s race winner at Iowa. #INDYCAR

“That’s the thing that makes it confusing,” Dr. Billows said. “He crashed, he was evaluated here after the crash, and he was fine. We actually went and talked to him afterwards. And then apparently after (we) talked to him, he exited his hauler and passed out or fell or whatever and hit his head.

“We just felt out of the abundance of caution, we wanted to make sure he doesn’t have any kind of head injury.”