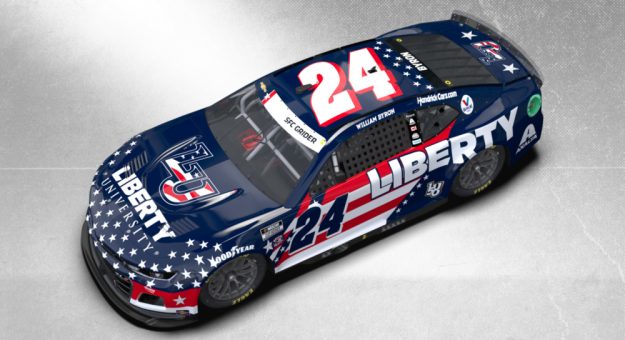 William Byron’s Liberty University Chevrolet Camaro will have a patriotic paint scheme for the 600 Miles  of Remembrance Cup Series race on May 29 at Charlotte Motor Speedway in memory of Ronald A. Grider.

At the time of his death, Grider, originally from Alton, Ill., was pursuing a B.S. in Multidisciplinary Studies. He was killed on his 30th birthday on Sept. 18, 2010, by machine gun fire while serving in the U.S. Armed Forces’ Operation Enduring Freedom in Afghanistan. 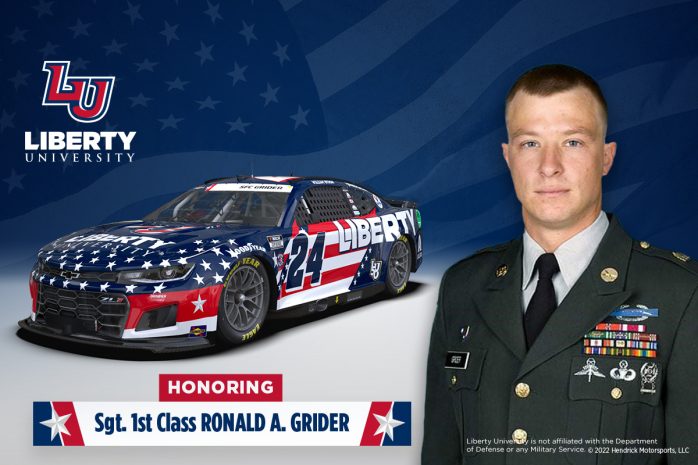 “Memorial Day is such a special day to so many families to honor all of those that we have lost and their loved ones still here,” Byron said. “It means a lot to have Army Sgt. Grider’s name on the car, especially with the connection of him being a Liberty University online student that was pursuing his degree. It’s special to honor him. I’m sure his family is going to be thankful to see his name on the car. Hopefully we can have a great race for them and get them a win. That would be a great way to honor him and super special for everyone involved.”