The Patriots cut not only Cam Newton but also veteran backup Brian Hoyer on Tuesday leaving them with just one quarterback on their roster.

Newton had reportedly been competing for the starting job on the Patriots with first-round pick Mac Jones.

Hoyer has bounced back and forth with the Patriots over the last few seasons.

While it would be a surprise to see Newton return to the Patriots, Hoyer resigning with the team should not be ruled out.

Hoyer appeared in two games last season for the Patriots including one start. He finished the year with 130 yards passing and an interception. 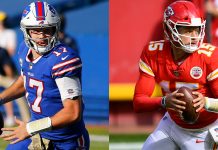 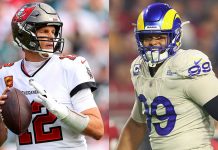