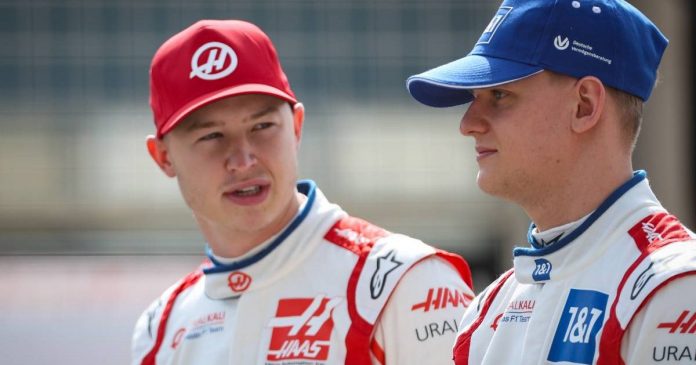 Mick Schumacher and Nikta Mazepin may be teammates at Haas but the two F1 drivers hardly are on the same page.

“You have to race with him,” Schumacher said in a video press conference ahead of the French Grand Prix. “I think that trust is built and for sure can be built again. Obviously, right now, I don’t really know what to expect from him in a 1-v-1. At the end, I’m sure that after the talks that we had with the team, everything should be in order to build up to that trust again. We’re all racing drivers, so I’m sure we’ll manage.”

In a questionable move racing for 13th position last weekend, Mazepin nearly put Schumacher into the wall at the of of the race in Baku.

”I thought he would choose the inside line and he chose the outside line, and when I saw that he committed to it, I ducked out of it,” Mazepin said. “Because in the end, we’re not fighting for any points and the team’s result is the priority.

”I think we have a positive vibe, if I can call it like this, in the team and it has been like that since day one and it continues to be so. We’re both young drivers pushing the limits, you get to a point like this. But like I said in the beginning, as long as both cars are returning in one piece with each other, I feel that’s fine with the team boss.”

The 13th and 14th place finishes last weekend are the best finishes for each driver in their rookie season.

“Obviously, there was a situation on the straight, that was all resolved, and we’ve cleared the air,” Haas Team principal Guenther Steiner said after the race. “There was some misunderstanding, but we’re fine and all moving on from it.”