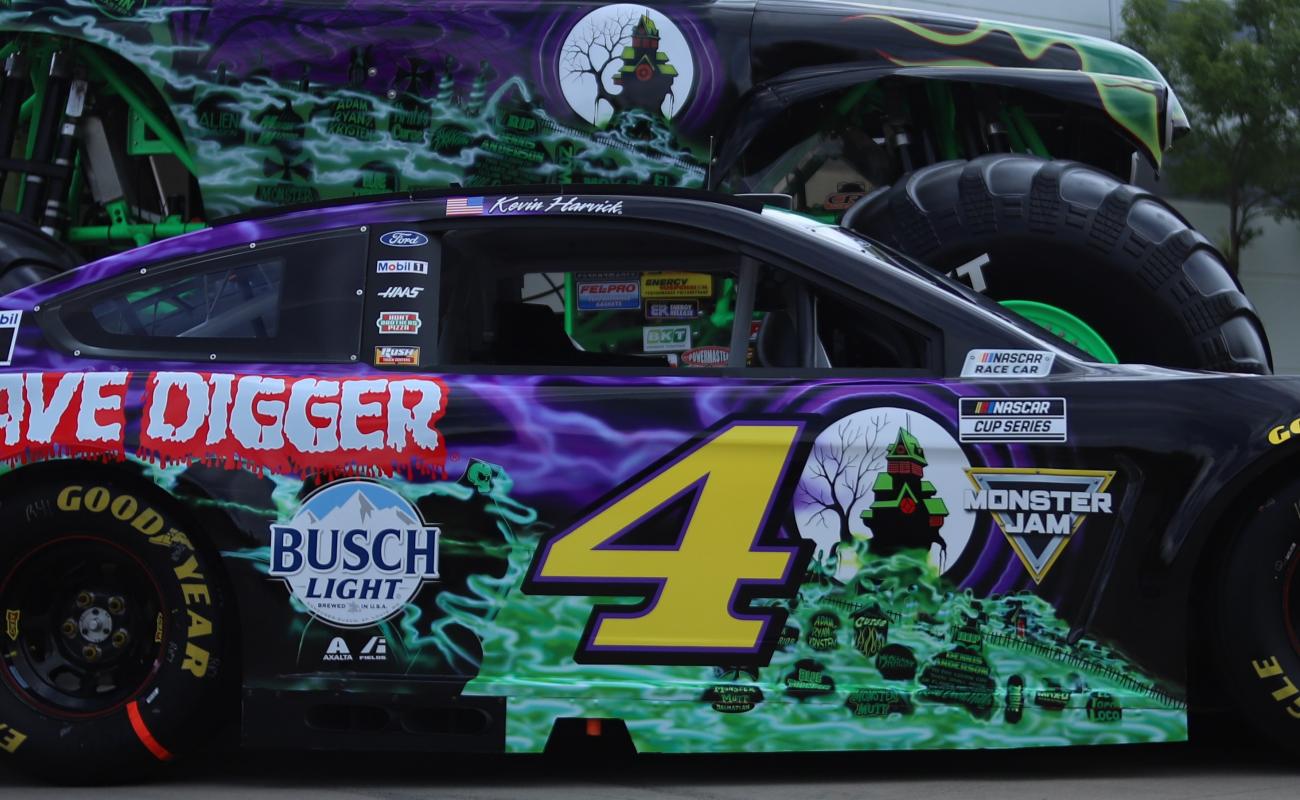 Kevin Harvick will be driving a Grave Digger scheme this weekend at Nashville Superspeedway.

In a released stated Harvick expressed his excitement of driving a car with Grave Digger on it which was presented by son Keelan as a Father’s Day gift:

“It’s THE monster truck. Loud noises, big engines, big wheels, big tires, fast racecars, and to have that be a surprise, it’s surprising to me because of the fact that it’s with Grave Digger and everything, the history, that goes with that truck. But it doesn’t surprise me that it’s something related to a car and tying it in to what we do. This one caught me off guard, though, because I had no idea that any of this was happening and, to have my 8-year-old son be able to pull that off and know more about it than I do makes me feel like I’m a little bit left out. So we’re going to have to talk to somebody.”

.@KeelanHarvick brought out all the stops with the @MonsterJam crew for Father’s Day. WOAH. pic.twitter.com/Td6OAmkWWv

Harvick and his Cup Series competitors will be making their maiden race at the 1.333 mile track on Sunday. After winning nine races and scoring 20 top-five, and 27 top-10 finishes in 2020 the driver of the No. 4 Ford Mustang is still seeking his first victory in 2021. 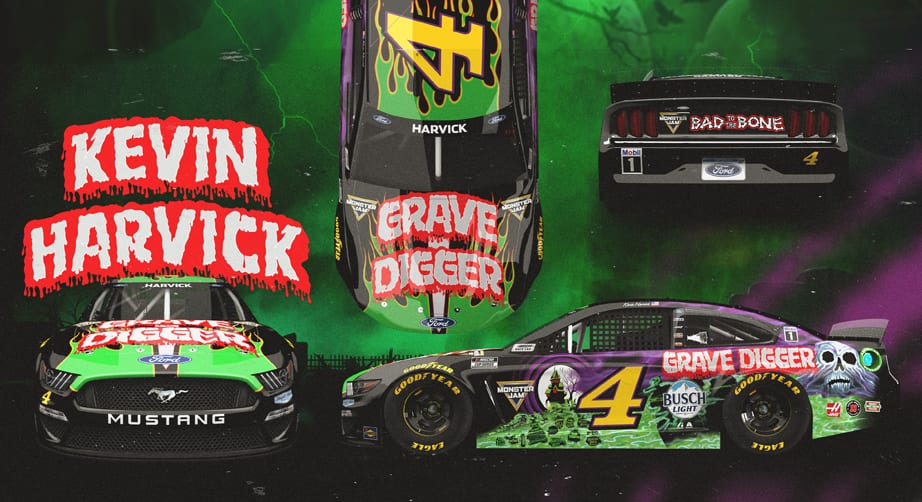