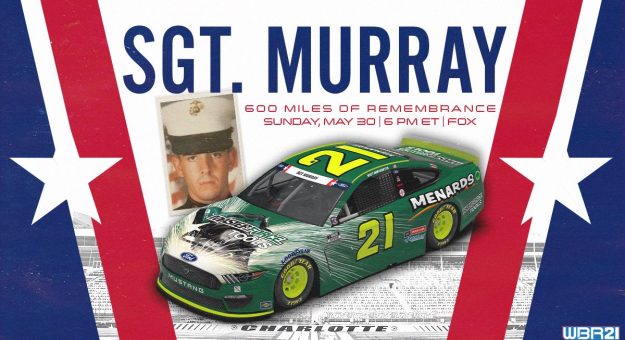 Matt DiBenedetto and the No. 21 Menards/Masterforce Tools team are heading into this weekend’s Coca-Cola 600 at Charlotte Motor Speedway hoping to pick up where they left off the last time the Cup Series raced on a 1.5-mile track.

In the Buschy McBusch 400 at Kansas Speedway on May 2, DiBenedetto ran well all day and scored a season-best fourth-place finish.

Sunday’s race, at 600 miles, is the longest on the Cup Series schedule, but DiBenedetto said he and the Menards/Masterforce team are up to the challenge.

“It’s a long race, but we are excited for it because we have been strong on mile-and-a-half tracks,” he said.

DiBenedetto also said he is proud to be a part of the Memorial Day weekend tribute to fallen service members that has become a part of the race weekend at Charlotte.

Through the 600 Miles of Remembrance program, each race team honors a fallen service member by carrying his or her name on the race car and often hosting family members of the deceased.

Murray enlisted in the U.S. Army after graduating from high school. Once he finished his tour he returned home and worked a civilian job for a time before enlisting in the Marine Corps.

Hoping to make the Marines his career, Murray was on his third deployment to Iraq when he died November 16, 2005, from an improvised explosive device while conducting combat operations against enemy forces in the vicinity of Hadithah, Iraq.

The United States Post Office Building in Rootstown, Ohio, where his mother worked, was named for Murray, and now the No. 21 Menards/Masterforce Mustang will carry his name in the Coca-Cola 600.

DiBenedetto said he’s honored to be a part of that remembrance.

“It’s a special time being Memorial Day weekend,” he said. “We are a very patriotic family and are proud to honor our fallen heroes.” 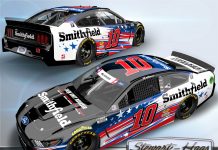 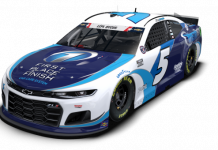 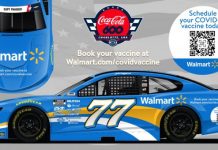