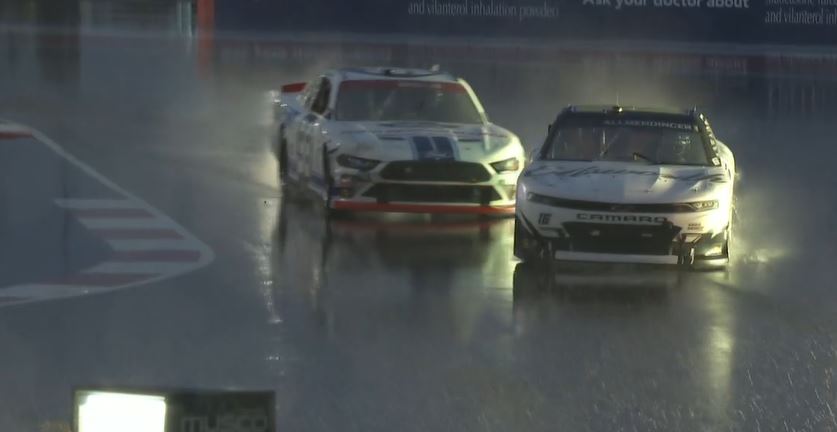 AJ Allmendinger won a rain soaked Driver for the Cure 250 at the Charlotte Roval on Saturday.

After an aggressive move to try and take the lead Myatt Snider would see his chance to win the race go away with 15 to go as he spun from third.

Briscoe would make his way back around Allmendinger with four laps to go. A crash from the No. 68 of Brandon Brown would bring out a caution with three laps to go. On the ensuring restart Briscoe would go around.

This would allow Allmendinger to claim his second win the of the season.

Austin Hill will make his NASCAR Cup Series debut this weekend at Michigan International Speedway when he gets behind...
NASCAR Xfinity Series

Noah Gragson held off Ty Gibbs in the closing laps of Saturday's running of the Explore The Pocono Mountains...