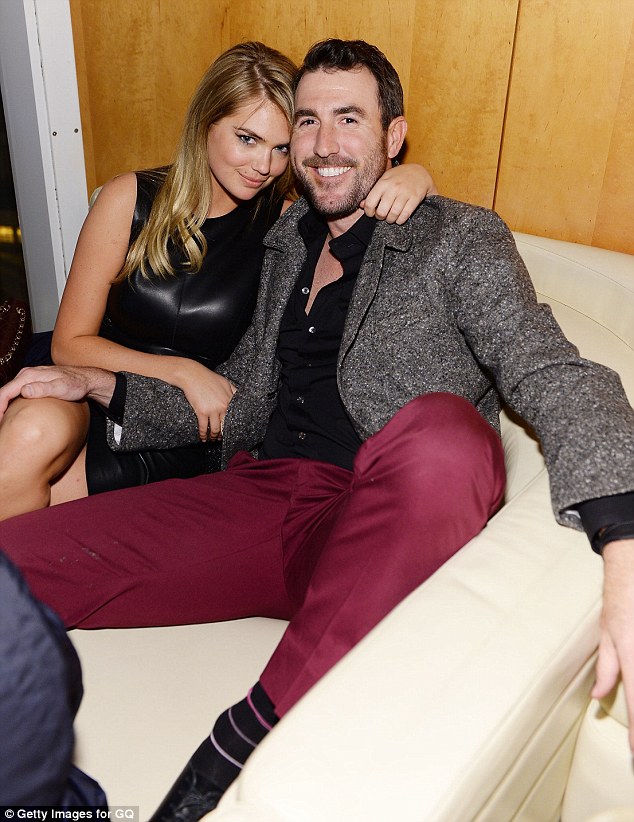 Detroit Tigers pitcher Justin Verlander and  super model Kate Upton attended the GQ Pre SuperBowl Party — together. The two put all the rumors of their relationship to rest on Friday as they posed together for photos at The Standard Hotel’s Boom Boom Room in New York on Friday.

While there is no official word that they are in fact back together, a picture is worth a thousand words.

Upton, 21, wore a sleeveless black leather dress and maroon leather heels, while Verlander sported a black dress shirt, a tweed jacket and red slacks that matched her shoes to a tee.

Upton did the red carpet alone, but later pinned herself close to Justin with one arm wrapped around his neck and the other holding on to his right arm. Verlander showed his affection by placing his hand on her thigh. Multiple eyewitness reports say that Upton was “very affectionate” throughout the night with Verlander. She dismissed herself from the party at around 1:30 AM.