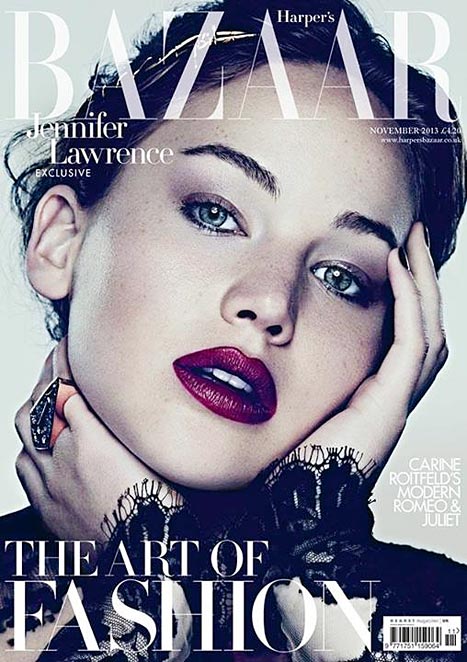 In a new interview, the 23-year-old Hunger Games actress tells Harper’s Bazaar UK that she was criticized for her weight when she was younger — and why she’ll never let it happen again.

Jennifer Lawrence, 23, opens up about her weight issues when she was younger and how the nasty remarks still hurt her feelings to this day.

“I was young. It was just the kind of s–t that actresses have to go through. Somebody told me I was fat, that I was going to get fired if I didn’t lose a certain amount of weight,” Lawrence shares (via Just Jared). “They brought in pictures of me where I was basically naked, and told me to use them as motivation for my diet.”

This is CRAZY! As obviously Jennifer is beautiful — both inside and out. Lawrence has many claims to fame and is considered’ ‘the most talented young actress in America by Rolling Stone.

“[Someone brought it up recently.] They thought that because of the way my career had gone, it wouldn’t still hurt me. That somehow, after I won an Oscar, I’m above it all. ‘You really still care about that?’ Yeah. I was a little girl. I was hurt.” Lawrence says.

How would Jennifer handle the situation now?

“It doesn’t matter what accolades you get. I know it’ll never happen to me again. If anybody even tries to whisper the word ‘diet’, I’m like, ‘You can go f–k yourself.'” Lawrence told the magazine.