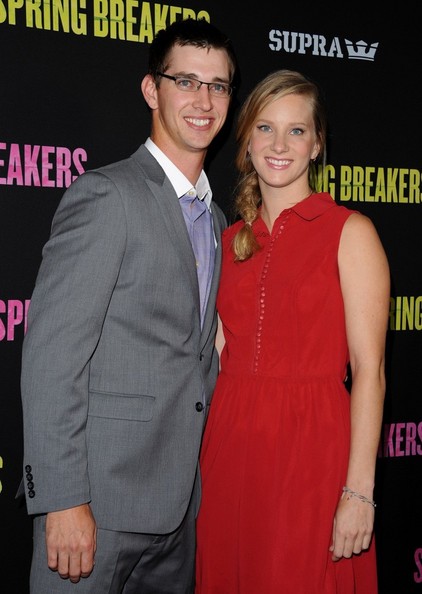 Outside of work, Morris is all grown up and now a new mom!

Morris, 26, and her longtime love, Taylor Hubbell named the little boy Elijah. This is the couples first child.

Speaking about Hubbell in a candid interview with Fitness magazine in 2011, the Beyonce backup dancer turned actress gushed: “I want to marry Taylor and have kids with him. I love acting, but if it affects my relationship, then I won’t continue.”

The star’s baby news first broke back in April. “It was totally unexpected, but they are incredibly happy and excited,” a source told Us Weekly at the time.

Morris is not returning to ‘Glee’ for their fifth season that kicked off last week.

Read the recap of the premiere episode here!

Heather celebrated her baby shower with her on-and-off screen best friend, Naya Rivera, who plays the roll of Santana Moss on ‘Glee’

Congratulations to the happy couple on the birth of their son!!