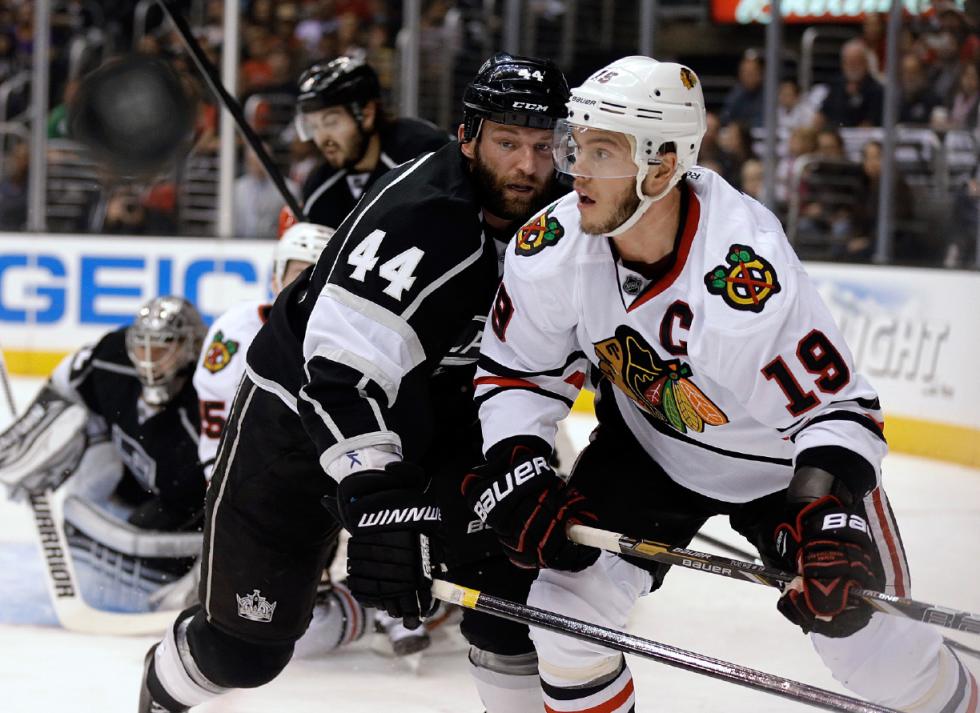 The Los Angeles Kings and Chicago Blackhawks will face off against each other in Game 7 of the NHL Western Conference Finals on Sunday.

While the Blackhawks won the series opener, the Kings reeled off three straight. On the brink of elimination the Blackhawks have won the last two games and now look for a return to the Stanley Cup Finals with a Game 7 win.

Coverage of Game 7 between the Los Angeles Kings and Chicago Blackhawks will get underway at 8:00 pm ET on NBCSN on Sunday night from the United Center in Chicago, IL.

The Odds: With the series shifting back to Chicago, the Blackhawks are now the 1.5 goal favorite in this one against the Kings. The over/under for this contest is 5 goals.

Will the Kings or the Blackhawks win Game 7 and advance to the Stanley Cup Finals to take on the New York Rangers?