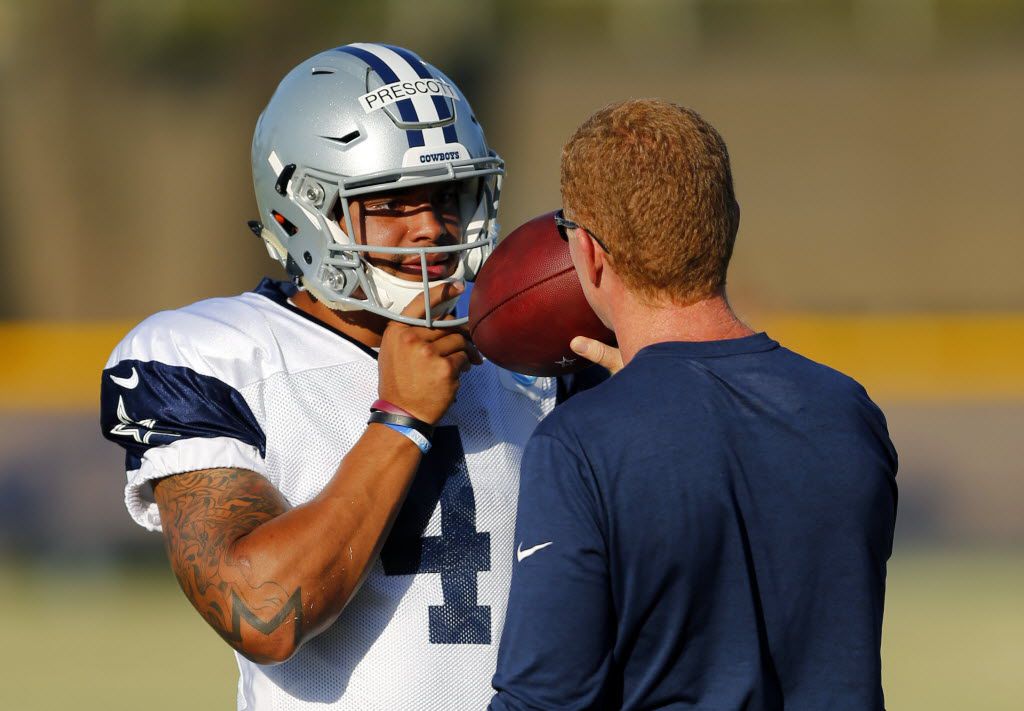 Cowboys quarterback Dak Prescott did not offer reporters much in the form of commentary on the future of head coach Jason Garrett on Thursday.

Prescott declined to speak on the status of Garrett who has a contract that expires at the end of the Cowboys season.

“I think it’s the last game on mine as well. So I’ll be damned if I speak on anybody else’s future or their place,” said Prescott who could be headed to free agency.

The writing has been on the wall for Garrett for weeks. Barring a surprise playoff run, the tenure of Garrett figures to end at the conclusion of the Cowboys week 17 game against the Redskins.

Prescott did seem to confirm that he took pain-killing injections prior to last weeks loss to the Eagles.

In order for the Cowboys to make the playoffs they must defeat the Redskins and hope for the Giants to upset the Eagles.

If all of that goes right for the team they will then host either the 49ers or Seahawks at home in a wild card round match-up.