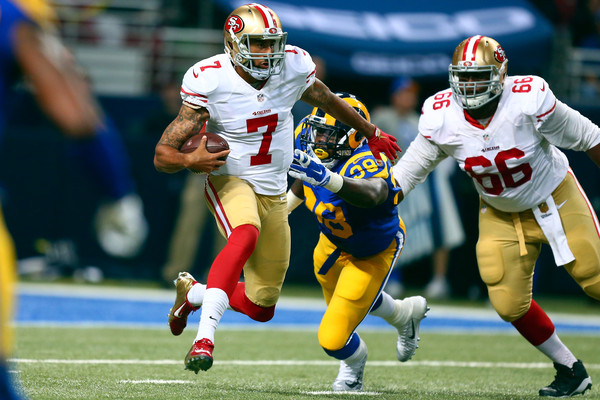 Colin Kaepernick made headlines on Tuesday when reports circulated that the 49ers quarterback wanted out of San Francisco and would prefer to play for the Jets during the 2016 season.

Kaepernick has been on a decline since even before Jim Harbaugh left but last year it was ineffectiveness and injury which led to the 49ers playing Blaine Gabbert to finish out the season.

Chip Kelly has been hired to take over the 49ers and given his game calling at Oregon one would have assumed that Kaepernick would have fit into his system nicely but apparently no relationship has been built between the quarterback and new coach.

Bottom line with Kaepernick – jets have not and are not interested. Colin has wanted out for quite some time and this impending divorce…

If the 49ers want to trade Kaepernick they likely will be angling for a second-day Draft pick.