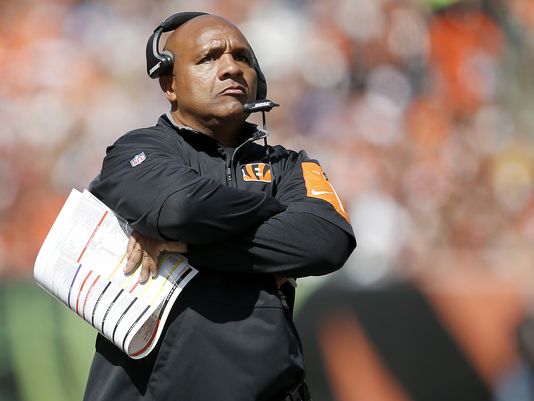 Hue Jackson will coach the Browns next season but so far the coach has not spoken to quarterback Johnny Manziel.

Manziel’s chances of being on the Browns roster when the 2016 season begins appear to get slimmer by the day and this new development from the Cleveland Plain Dealer is hardly a surprise.

“I’ve talked to some and I’m going to talk to all as we go through this process,” he said. “I’ve got to kind of mix all of that in with hiring a staff and doing the other responsibilities that I have. I’m going to get around to everybody. He just wasn’t in the first batch of guys — but he’s definitely on our list.”

Jackson reaching out to players is typical for a new coach but that he has not contacted the team’s quarterback is a situation which does not require a lot of analysis. If Jackson really viewed Manziel as a solution at the position than he would have reached out to him by now.

Manziel additionally has not reached out to Jackson according to the report.

“I’m kind of really picking guys,” he said. “Some I know on this team that I’ve been involved with at other places. Some I don’t know and want to get to know. There’s no rhyme or reason why I haven’t talked to him, but it’s just the process I’m in right now. I’m just kind of picking the guys as I go.”

Jackson has been scouting quarterbacks heavily at the Senior Bowl. One player which has met with Jackson is North Dakota State’s Carson Wentz.

Asked about Manziel, Jackson did give him some praise for his ability but also questioned him being the right fit for the Browns as with him as a coach.

“Johnny has ability,” said Jackson. “I think he can play quarterback in the National Football League. It’s obvious. He’s played. He’s made some dynamic plays and he has talent. But we all know everything has to be right to play this position. It’s not just that. Everything you think about being a quarterback in the NFL league, part of an organization, the face of an organization’s got to fit right for me.”

Currently the Browns have the second pick in the 2016 NFL Draft. Many are under the impression that the team will draft Memphis’ Paxton Lynch with the pick but there has been some talk of the team trading down from the position in order to get more picks inside the first round.