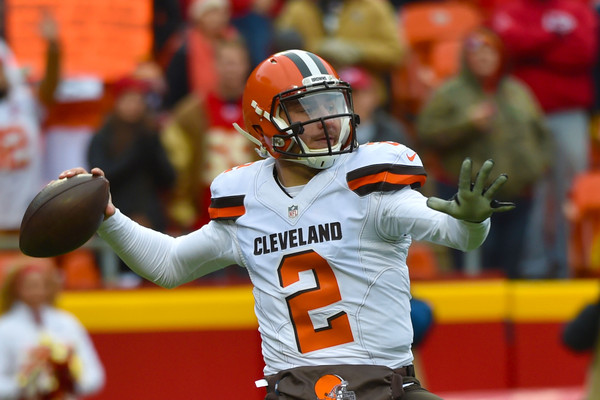 Johnny Manziel will not play in Week 17 since he is in the NFL’s concussion program. And yet there will be plenty of talk surrounding the 23-year-old quarterback whose two year run with the Browns could be coming to an end.

Manziel allegedly was spotted at Las Vegas’ Planet Hollywood casino which of course spread to twitter thanks to John Hornacek who tweeted that Manziel’s name was announced once he sat down at a black jack table. Hornacek says the former Texas A&M star wanted to simply be called John on Saturday night.

Already this season Manziel has had a serious of questionable decisions. Twice he has had videos surface of himself drinking, the first of which drew the ire of the Browns coaching staff leading to him being benched following a 372 yard performance against the Steelers. The latest video, released a few days ago, showed him rapping and drinking. Manziel also had an incident on the side of the road in which he got into an argument with his girlfriend.

If the Las Vegas reprot is true it is the second time that Manziel ends a season in the headlines for the wrong reason. Last year Manziel ended his rookie season over oversleeping before the season finale after partying with teammate Josh Gordon. The wide receiver was suspended indefinitely due to numerous off the field violations while Manziel himself entered alcohol rehab.

And if all of this was not bad enough Manziel posted a photo of himself to Instagram with his dog with the caption “#SaturdayNights” while listing his location as Avon, OH.