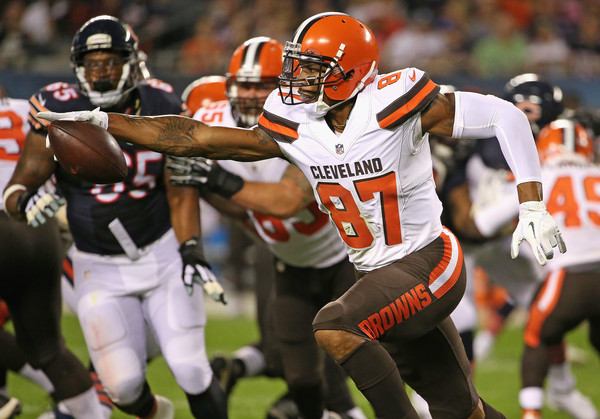 Making his NFL debut as a wide receiver Terrelle Pryor could see between 15 and 20 plays in Sunday’s game against the 49ers.

Pryor will be on the field for the Browns who have one of the NFL’s most banged up receiving corps. With limited snaps it is hard to advise fantasy owners to pick up Pryor but it is worth noting that Johnny Manziel is quarterbacking the Browns this week. He threw for 372 yards in his last start in Week 10.

Meanwhile Tim Hightower has taken over as the lead back for the Saints. With Mark Ingram placed on injured reserve the Saints are bypassing C.J. Spiller in favor of the journeyman.

Spiller’s status on the Saints for the 2016 season is looking more and more doubtful by the week. The 28-year-old has run for 108 yards on 31 carries (3.5 average) while adding 29 receptions out of the backfield for 216 yards and two touchdowns.