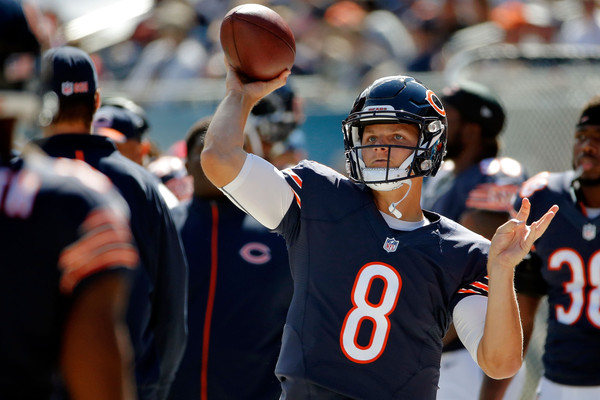 With Joe Flacco lost for the season and now Matt Schaub out with a chest injury the Baltimore Ravens will turn to Jimmy Clausen at quarterback for Sunday’s game against the Seattle Seahawks.

Picked up by the Ravens following Flacco’s season ending injury, Clausen had been on the roster of the Chicago Bears before the team elevated David Fales from the practice squad – apparently over fear he would be picked up.

Clausen will become the sixth quarterback in NFL history to face the same team twice while appearing on a different team himself. The last time this happened was back in 2011 with Kyle Orton.

Clausen was 9 of 17 for 63 yards in a Bears Week 3 loss to the Seahawks as the offense never crossed the Seahawks 45-yard line.

“Jimmy is smart,” Ravens coach John Harbaugh said. “He has been in this basic system before. He knows how to handle himself. He has played a lot of football, so he’s fine.”

Clausen is a mere 1-11 as a starter in the NFL with his lone win coming during his rookie season with the Carolina Panthers.