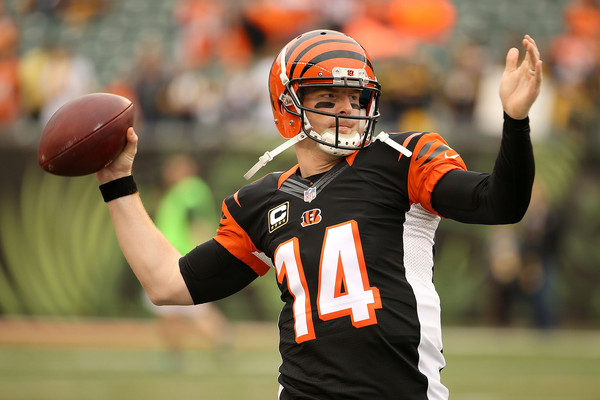 A.J. McCarron got on the field in Sunday’s loss to the Steelers and that was not good news for the Bengals.

Andy Dalton suffered a thumb injury and according to ESPN’s Bob Holtzman may be lost for the season. Dalton’s best case scenario appears to be a return in time for the playoffs but even that may be expecting to much.

Dalton has had a career year this season for the Bengals who fell to 10-3 with the loss. On the season Dalton had completed 66.1% of his passes for 3,191 yards 25 touchdowns and just six interceptions.

The Bengals are still looking for their first playoff win since the 1990-91 season – a task which has become more difficult with McCarron under center.