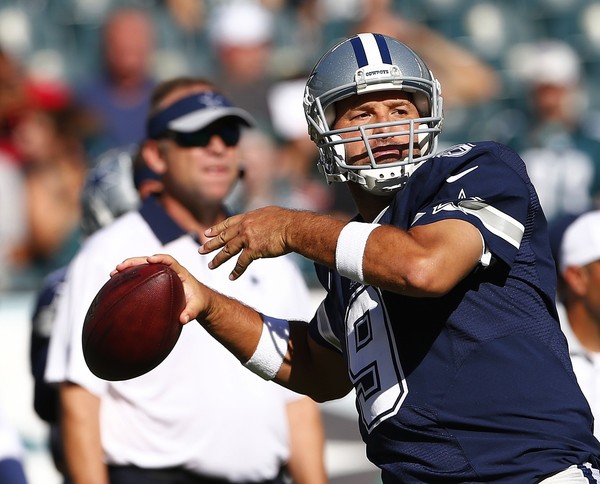 The Dallas Cowboys offense put up a bunch of yards against the Philadelphia Eagles on Sunday but could not score.

In the third quarter things got worse for the Cowboys after quarterback Tony Romo left the game with an injury to his left shoulder/collar bone.

This is bad news for the Cowboys after already losing Dez Bryant for an extended period of time.

Brandon Weeden is the Cowboys backup. He lost his only start a year ago.

Romo previously missed half a season with a broken collarbone back in 2010.