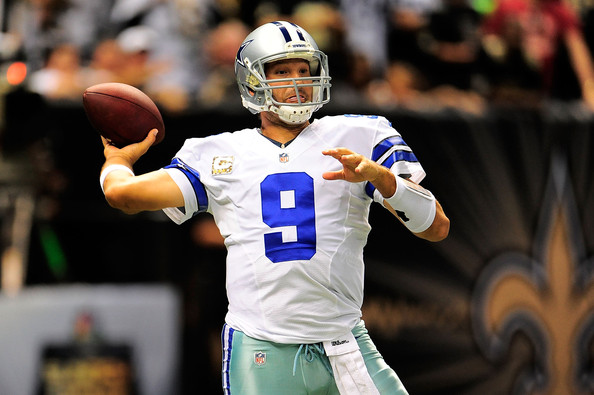 Johnny Manziel was on the board when the Dallas Cowboys drafted at No. 16 in this years NFL Draft. After weeks of rumors suggesting that the Cowboys would take the former Texas A&M quarterback they passed.

Manziel was eventually selected at No. 22 by the Cleveland Browns but the stories about how teams viewed him have been unending.

One player who had no worries about the Cowboys potentially drafting Manziel is current signal caller Tony Romo.

“Of course, his response, as you might expect from Tony,” Jones said , “was, ‘Well, if you decide to, it ain’t going to matter, there’s no one out there who can beat me out.”

“He’s as excited as he has ever been,” Stephen said. “He really likes what Scott Linehan has in mind for our offense. He feels like with the moves we made during the draft and solidifying our offensive line and some of the weapons we have, he’s never been more excited about our football team in terms of what we can get accomplished.”