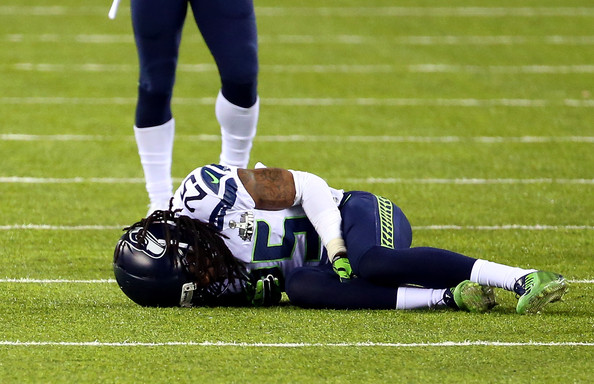 Richard Sherman went down with an injury in the fourth quarter of Super Bowl XLVIII.

The Seattle Seahawks had no problems disrupting the Denver Broncos and NFL MVP Peyton Manning in Super Bowl XLVIII but there was cause for concern when cornerback Richard Sherman went down with 11:28 left in the game.

Sherman was helped off the field during a commercial break. He was announced to have a ankle injury and was carted off the sideline.