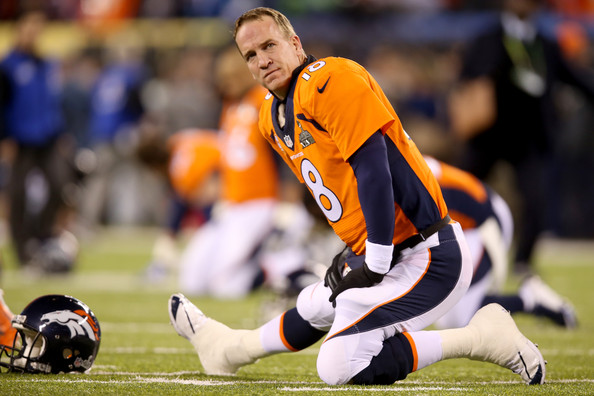 Denver Broncos quarterback Peyton Manning was left to answer questions as to why the team looked so out of sync following a loss in Super Bowl XLVIII.

Manning was pressured all night and the Broncos never seemed to recover from giving up a safety on their first drive of the game when center Manny Ramirez snapped the ball over Manning’s head.

Naturally there will be some questions in the media about the legacy of Manning following his second Super Bowl defeat.

For his regular season efforts Manning set records for touchdown passes and yards in a season. He was given his fifth NFL MVP Award on Saturday.