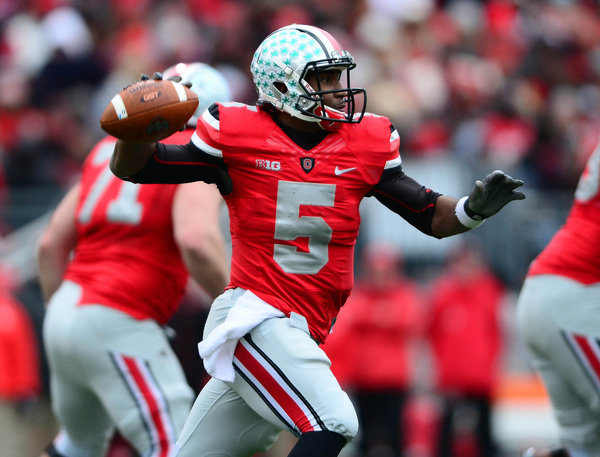 Ohio State quarterback Braxton Miller will miss the 2014 season after suffering a shoulder injury in practice on Monday.

Miller, a preseason favorite for the Heisman Trophy, re-injured his right throwing shoulder.

ESPN reports that an MRI taken on Tuesday morning confirmed the injury. Ohio State has yet to confirm the report.

Ohio State QB Braxton Miller is out for the season, a source told @ESPN

With Miller out of the picture, J.T. Barrett is epxected to open the season as the Buckeyes quarterback against Navy on Aug. 30.

Miller originally hurt his shoulder in the Buckeyes Orange Bowl loss to Clemson. He had been sitting out contract drills following shoulder surgery in February.