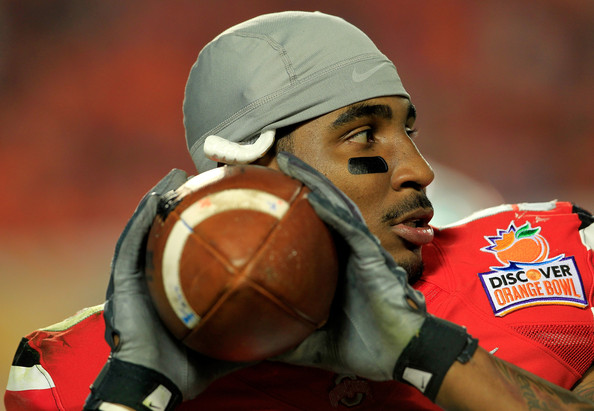 Ohio State could be without Braxton Miller following shoulder injury

The Ohio State Buckeyes could be without senior quarterback Braxton Miller this season.

Miller was considered a Heisman Trophy candidate but after he re-injured his shoulder in practice on Monday afternoon his status for the 2014 season is in question.

Neither Urban Meyer or Ohio State has confirmed reports from the Columbus Dispatch about the status of Miller.

If Miller is unable to play it would mean that J.T. Barrett would open the season as the Buckeyes quarterback against Navy on Aug. 30.

Miller underwent shoulder surgery in late February after he suffered an injury to his right shoulder during the Buckeyes Orange Bowl loss to Clemson. Miller had sat out contact in spring drills and missed most of preseason camp.