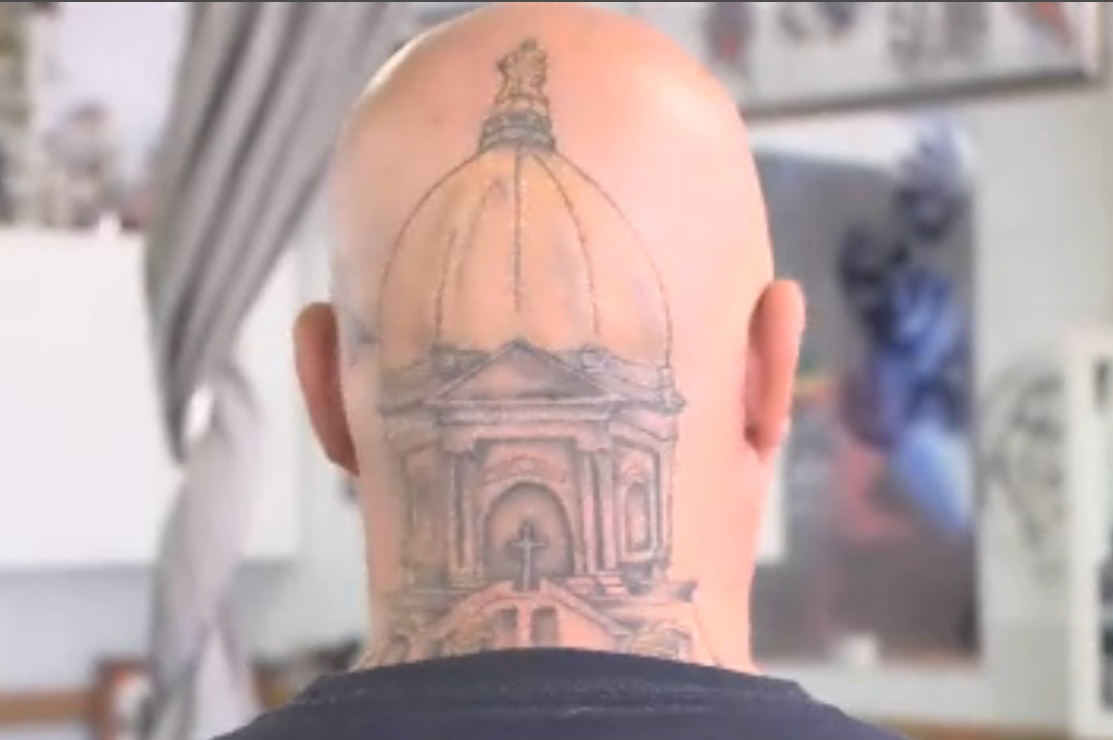 Fan gets Notre Dame Golden Dome tattooed on his head 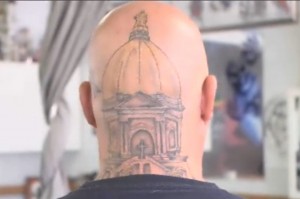 One man loves the Notre Dame Fighting Irish so much that he has opted to get the university’s Golden Dome building tattooed on his head. The tattoo took nine hours to complete but Tracey Moore believes it was worth it to support his favorite team.

Moore told ABC57 that he always keeps his head shaved “so it was just a unique place to do it.”

Brandon Hunt says he worked on several sketches before coming up with the final design. “I looked at the Notre Dame building itself; making sure all of the details were in there, so that way it could be distinctive as Notre Dame,” Hunt said.

“It’s been great,” Moore said. “I have pictures taken all over the place. If I had money for every picture taken, I’d be rich.”