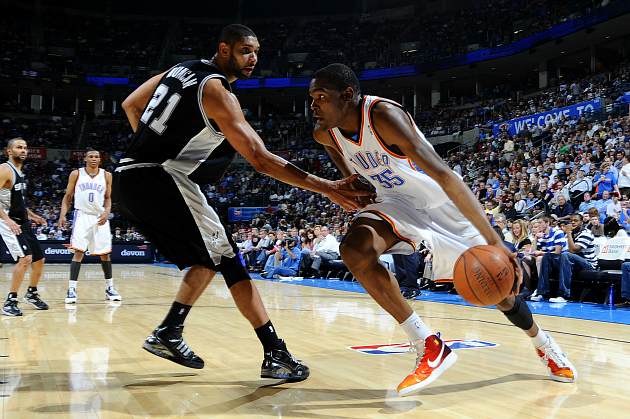 Game 2 of the NBA Western Conference Finals between the Oklahoma City Thunder and San Antonio Spurs will take place on Wednesday.

The Spurs took Game 1 of this series at home by a convincing 122-105 score but it would be hard to believe that the Thunder will just allow themselves to get beat like that again in Game 2.

Coverage of Game 2 between the San Antonio Spurs and Oklahoma City Thunder will get underway at 9:00 pm ET on TNT from the AT&T Center in San Antonio, TX.

The Odds: The San Antonio Spurs are a 6 point favorite in Game 2 of the Western Conference Finals against the Oklahoma City Thunder. The over/under for this game is 211 total points.

Will the Spurs jump out to a 2-0 series lead or will the Thunder find a way to even things up?