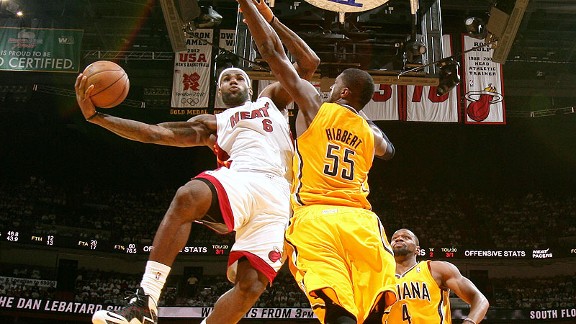 The Indiana Pacers played one of this best games in a month as they took Game 1 of the NBA Eastern Conference Finals against the Miami Heat. Now the Pacers are looking to get out to a 2-0 lead in their best of seven series.

Game 2 of the Packers and Heat series will gt underway at 8:30 pm ET on ESPN from Bankers Field House in Indianapolis, IN on Tuesday night.

The Miami Heat are a 2.5 point favorite against the Indiana Pacers in Game 2. The over/under for this contest is 184 total points.

With a win on Tuesday the Pacers could take a 2-0 lead to Miami, while the Heat would like to simply have this one even as they return home.

Will the Heat or the Pacers take Game 2 of this series?