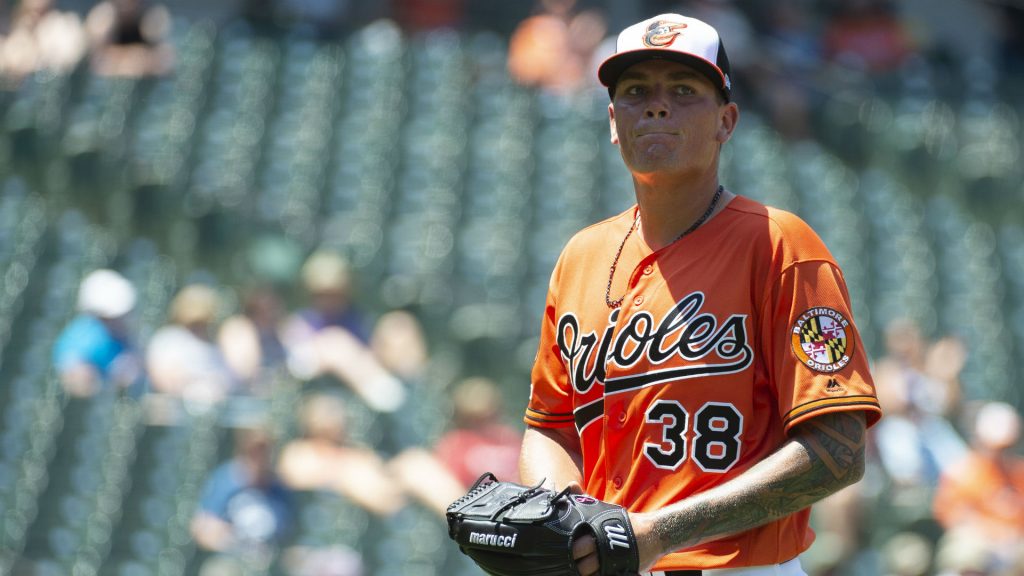 Aaron Brooks has elected to sign with the Kia Tigers of the Korea Baseball Organization.

Hearing that Aaron Brooks, who was 4-5 with a 6.18 ERA in 14 games, 12 starts, with the Orioles and was on the club’s 40-man roster is heading to Korea to pitch in the KBO for the Kia Tigers.

The departure of Brooks will open up at spot on the 40-man roster. It is interesting that Brooks opted to go to Korea than stick around with the Orioles as his last seven games included five starts where he went 4-1 with a 3.62 ERA and a .236 BAA. One would reason the best chance of remaining in the majors would be with the Orioles who have no intention of being competitive this season but Brooks likely is getting more guaranteed money to go overseas.