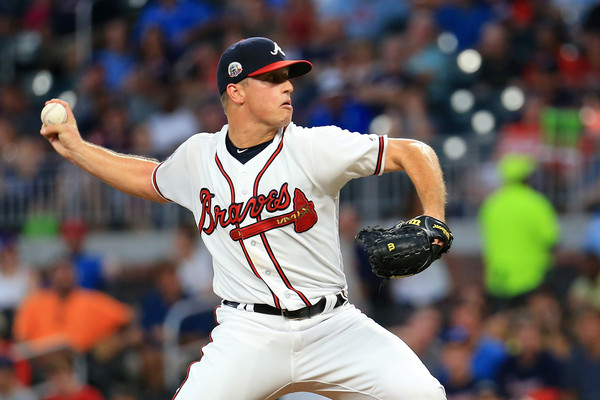 Lucas Sims, Matt Wisler and Preston Tucker were all traded to the Reds on Monday night for Adam Duvall.

Sims and Wisler both made their big league debuts with the Braves but despite being highly thought of prospects neither has seen that materialize at the big league level yet. Tucker had bounced back and forth between the Braves bench and Triple-A after starting the season as the Opening Day left fielder as the team delayed the service time of Ronald Acuna.

On Tuesday afternoon Sims took to Twitter to thank all of Braves Country for his time with the team.

Thank you. Thank you, from the bottom of my heart. As my hometown team, the Atlanta Braves will always be special to me. I was able to fulfull my lifelong dream of being a Major Leaguer right here in my backyard. I grew up in this organization, and have made countless friendships and memories that I will have with me for the rest of my life. It’s been a very memorable 7 years I will forever be thankful for my time spent in Atlanta.

With that said, it feels grat to be a Cincinnati Red! I can’t wait to get back to work on this next chapter in my life!

Sims had a 7.84 ERA in six relief appearances for the Braves this year. His minor league numbers for Gwinnett were better however as he held a 2.84 ERA across 15 games – 14 starts including a 66/29 K/BB ratio in 73 innings pitched.

The Reds rotation could have a spot for Sims soon. Matt Harvey is still an option for contending teams and Homer Bailey, who is returning from a DL stint, has been ineffective this season going 1-7 with a 6.29 ERA in 13 starts.